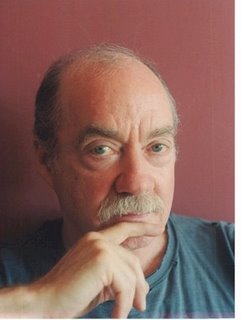 Something is going seriously RIGHT at Canada Council for a change!

This year’s winner of the Walter Carsen Prize for lifetime achievement in the Arts is veteran choreographer, David Earle.

David is a brilliant choreographer and someone who has contributed so much to the education of young dancers also. But it is amazing in that he is an iconoclast who has followed his own path and practiced his craft largely outside of the metropolitan Toronto area where his career began. He took himself out of that melieu many years ago and has achieved as a result a unique artistic vision that is true to his soulful intelligent perceptions, uninfluenced by the passing fads of the cluttered, noisy big city arts scene. DanceTheatre David Earle is in residence in Guelph Ontario.

It’s interesting that last year’s winner was R. Murray Schafer, another brilliant artist who has most often chosen to work in smaller centres. Once in conversation with Murray, (I don’t know whether he’s written this thought down anywhere) he said that Canada has an erroneous idea that original art is usually generated in large metropolitan areas but historically that’s not been the case. It is more often the case that the more isolated artist makes breakthroughs when they are free from constant influences of the artistic conventions of the day and pressures to conformity.

I think that the wonderful thing about the concentration of the arts in large cities is that it promotes excellence of practice through increased opportunities of artists to perform and present their work and through access to mentors and exemplars of excellence. But it does not usually give rise to great individuality.

Occasionally the arts world has been quite critical of R. Murray Schafer and David Earle. They’ve followed their artistic visions in directions that some arts critics have positively reviled. But looking at lifetime achievement arguably the most prestigious panel in the land has had the guts to say twice now that the outsider has contributed more to the course of Canada’s artistic life than any number of conformists. Good for them and congratulations, David. You are truly the god of the dance!

Here’s a new strategy for activists who want to fight back against this employment problem in Canada.

When businesses represent workers as self-employed when they meet all the requirements of employees, who should know better? Who should advise the employer that they are taking financial risks? Who is charged with the responsibility for ensuring that companies don’t get socked with unexpected costs like paying back EI and CPP for several workers?

If your past or present deadbeat employer retains an accountant or has an accountant on their Board of Directors, why not file a complaint to that professional association. These individuals are supposed to be the financial watchdogs for the company’s who employ them or the organizations that ask them to sit on their board of directors. If enough accountants are made the subject of complaints on this issue, perhaps the whole profession will wake up and treat this seriously.