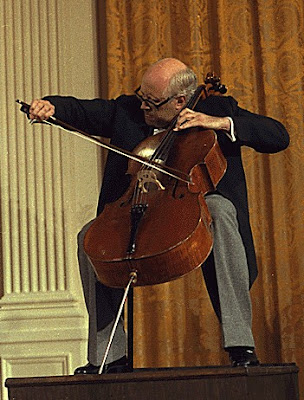 Mstislav Rostropovich, dead at 80, fulfilled in life–not just some–but all of the functions that great artists play in our society. First and foremost he was a virtuouso master of his instrument, but that alone did not make him an important force in our society or in the living life of music.

He not only requested, he demanded that the composers of his own time created new works for his instrument and his virtuosity and style of playing was a living part of the creation of new music. In premiering 245 new works for cello, he took risks and played some works that audiences never wanted to hear again, but also gave birth to some wonderful music that are already standards in the cello repertoire.

He embraced the role of artist as truth-teller, independent of political pressure. Russian poet Yevgeny Yevtushenko, said of Rostropovich in 1990 that “he took a stand … for the basic truths of life, and he did not compromise.” He not only spoke out against political suppression and control of the arts in the Soviet Union but took great personal risk in sheltering dissident novelist and Nobel Prize winner Alexander Solzhenitsyn. Retaliation for this act of courage led to the great cellist being ostracized by the Soviet arts establishment at the time.

Celebrated as both a hero and an artist, Rostropovich could have dedicated himself to a few concert appearances and recordings but instead he kept pioneering new music but also was dedicated to the development of young musicians as a mentor, conducting and working with a number of youth orchestras and presiding over a great number of masterclasses.

It is interesting that Rostropovich’s father was a student of Pablo Casals, because he was definitely a cellist in the Casal’s mold. Brave and uncompromising, Rostropovich spoke truth to power in words, deeds and music.

The challenge is there for all of us in the arts to have the courage to follow in his footsteps. 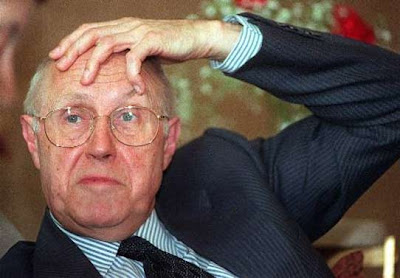 The Purpose of Music

The Arts Consultant: planning for a useful consultancy